In the 5th volume of Not.Fot. is presented a selection from one of the most important and extensive themes in Władysław Hasior’s Photo Notebook. They are photographs of monuments-primarily those erected on a mass scale in communist Poland, from the end of the Second World War to the late 1830s. The photographic documentation collected by Hasior includes both the largest and best-known projects, modernist in spirit, such as the Silesian Insurgents’ Monument in Katowice or the monument at the former Nazi concentration camp of Majedanek, as well as dozens of typical sites around the country commemorating soldiers fallen in wartime: obelisks, mounds and other monument forms, often drastically simplified. 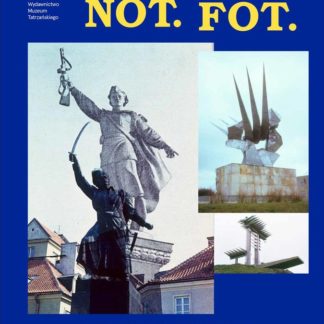