Woken up from a catastrophic dream, a man finds a diary behind his front door and starts to read it. He follows a story of a man who embarked on a cruise to Africa. The ship was sunk by a tsunami but he survived and found himself on a mysterious desert island. The plot is composed of strange stories whose peculiar character is highlighted by the author’s stylised language.
A journey into the unknown provides an opportunity to show the true face of modern man whose life remains unchanged even after a disaster. There is an inherent fallibility to Sieńczyk’s characters, as well as inability and unwillingness to change. Stranded on a desert island, they don’t take any action – they simply recount incredible stories and wait to be carried along by the tides of fate. 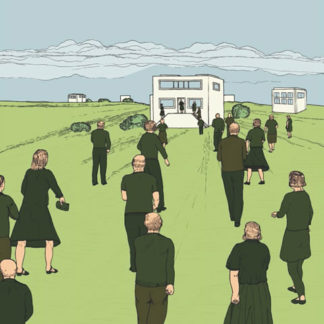 You're viewing: Adventures on a Desert Island. Maciej Sieńczyk £19.99
Add to basket