An extraordinary illustrator’s UK debut. This book contains a new map of Paris, drawn by Barroux and created specially for this English language edition. Mr Leon, a Parisian taxi driver of many years, spends his days ferrying colourful characters to designations corresponding to his passengers’ personalities and nationalities. From behind the wheel of his little yellow taxi, Mr Leon travels the world: from the North Pole to the Eiffel Tower to the Congo. Until that is, Mr Leon decides it’s time to explore the real places after which the streets in Paris are named. After putting his taxi up for sale, Mr Leon sets sail for Liberty Street and beyond; even the moon if the wind is good. 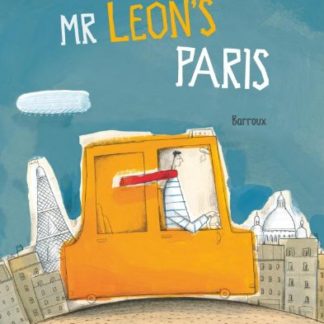 You're viewing: Mr Leon’s Paris by Barroux £6.99
Add to basket