This Way To The Revolution: Art, Activism and Upheaval in Birmingham 1968 – Ian Francis

“A great, and highly entertaining piece of social history. It throws light on the forgotten, underexplored ways in which the upheavals of the late 60s resonated far beyond the capital cities. Not just a fascinating book, but a necessary one.”
Jonathan Coe, author

“This book is a kind of archive in itself – it both reminded me of what Birmingham in 1968 felt like and told me about much that I did not know at the time. What a year it was…”
Catherine Hall, historian

“A multi-layered portrait of Birmingham during the Sunny Sixties which is both breathtakingly wide and forensically detailed.”
Dilip Hiro, writer

“A major addition to our understanding of Birmingham in a rapid and crucial period of change. The book uncovers and highlights much of importance in memories and photographs that otherwise would have been lost, and it is enhanced by sharp and critical analysis.”
Carl Chinn, historian

beautifully mounted time-capsule, This Way To The Revolution sheds light on a host of untold stories about art, activism and survival in late 60s Birmingham. Ingredients include…

The book features over 100 images, among them photographs by Janet Mendelsohn and Nick Hedges which capture a specific moment when the city was coming to terms with a decade of sweeping redevelopment. 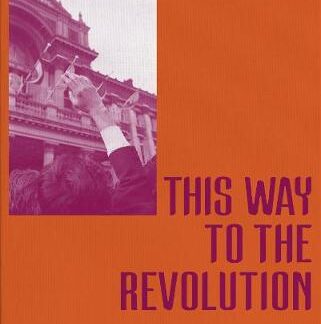 You're viewing: This Way To The Revolution: Art, Activism and Upheaval in Birmingham 1968 – Ian Francis £15.99
Add to basket